This page lists important changes or issues affecting MSYS2 users. We also post them to twitter, including some not-so-important things :)

About 1.5 years ago we started adding a new variant of the MINGW64 environment called UCRT64, which uses the Universal CRT instead of the old msvcrt.dll. Now that all our packages are available in this new environment and a very large percentage of our users (~97%) are on a system that includes UCRT, we recommend it as the default environment instead of MINGW64.

The MINGW32/64 environments will continue to exist and there are no plans to remove them, but we will focus our attention more on UCRT64 and the other UCRT-using environments such as CLANG64 and CLANGARM64.

Our mingw packages will be built with -D_FORTIFY_SOURCE=2 and -fstack-protector-strong from now on.

As a first step of phasing out support for Windows 7, we're raising the minimum hardware requirements to match Windows 8.1, which roughly equals Intel Core 2 / AMD Phenom, so anything after 2006/7 is fine.

In terms of GCC/Clang compiler flags this means going from -march=x86-64 to -march=nocona -msahf. This only affects 64bit packages, and only those that use features only available in those newer CPUs, and only once they are updated or rebuilt.

Building with _FORTIFY_SOURCE no longer requires explicitly linking with libssp (-lssp) and enabling stack protection no longer pulls in libssp. This brings things in line with other platforms. Thanks to Martin Storsjö for implementing this in mingw-w64. Once all our affected packages are rebuilt we will remove the libssp package from our repo.

2022-10-13: We have decided to keep just the libssp DLL around for some more time to avoid breaking existing users

Empty environment variables are no longer removed when starting a new non-cygwin process.

You can revert to the old behavior by setting MSYS=noemptyenvvalues. Please let us know if this is breaking anything that can't be solved by just unsetting the env var where needed.

ConPTY support in our cygwin fork is now enabled by default. This means any non-cygwin apps will now behave as if they are run in with a console attached and not redirected. This feature has been enabled in upstream cygwin for quite a while but we wanted to wait until there are no more known issues. We now feel that not enabling it causes more problems then enabling it.

You can disable it again by setting MSYS=disable_pcon.

A recent survey suggests that ~2-3% of our active users (excluding cloud servers and CI systems) are still using Windows <8.1. We recommend them stopping to update at the end of the year. We've enabled an inline warning message for them when they open a terminal.

For developers bundling our packages, we recommend simply pointing out the last version of their application that still worked with Windows 7 / 8 on their download page.

Note: This should only affect systems not updated in over a year, or users that actively switched to this mirror, which is unlikely.

Due to space constrains and our ever growing package archive we can no longer update the SourceForge mirror. We already hit the space limit last year but worked around it by no longer syncing source packages. We have now hit the limit again, and decided that it is no longer worth it maintaining it.

We will remove the SourceForge mirror on 2022-04-03. We will delete the package databases as well to make DB syncs fail to avoid users using outdated software without them knowing it. After 4 more weeks we will delete the remaining packages and installers.

We have switched repo.msys2.org to always redirect to a secure connection. If for some reason you require HTTP you can use one of our tier 1 mirrors.

The base-devel package group is the set of packages required to be installed before running makepkg / makepkg-mingw. We have recently started to clean this group up and moved some of the packages to be explicit dependencies in the PKGBUILD files instead.

One notable removal is various autotools related packages. There now exists an autotools and a ${MINGW_PACKAGE_PREFIX}-autotools meta package which will pull in anything related to autotools which packages can add to their makedepends.

Further more the group was replaced with a package of the same name, to make adding/removing packages easier. Note that pacman prefers packages over groups for the same name, so the set of included packages is now listed here https://packages.msys2.org/package/base-devel

This cleanup can lead to build errors in case your build setup assumes certain packages being installed with base-devel. If that is the case make sure to install those missing packages explicitly instead.

tl;dr: use export SETUPTOOLS_USE_DISTUTILS=stdlib if you have problems building/installing packages with newer versions of setuptools from pypi.

The Python packaging ecosystem is currently in the transition of removing distutils from CPython and moving it into setuptools. Historically distutils is patched quite a bit by us to make it work with our directory layout and to build packages with gcc/clang instead of MSVC. With this move our patches are no longer used and setuptools will fail in various ways, or install things into wrong places.

We are working with upstream to include our patches, but this will take some more time. In the meantime you can force setuptools to use the (still patched) distutils from the CPython stdlib via export SETUPTOOLS_USE_DISTUTILS=stdlib The setuptools version in our repo however will continue to use the patched distutils until all issues are resolved and is not affected.

🙏 Many thanks to the distutils and setuptools maintainers for considering our patches, despite Cygwin/MSYS2 not being officially supported by CPython.

Primary Pacman Server: We've switched the main server in the pacman config to https://mirror.msys2.org. This server will redirect pacman to an up-to-date mirror near you for each file. We hope this will improve the download speed for users further away from Europe. We also have a new overview of all mirrors here.

Repo Path Renaming: We've renamed mingw/i686/ to mingw/mingw32/ and mingw/x86_86/ to mingw/mingw64/ and added symlinks for the old paths. This means 100GB of resyncing for mirrors using rsync (sorry :/). Having the repo name in the directory path allows us to have one mirrorlist configuration for all repos in the future.

Sourceforge: Due to space constraints we no longer host the source packages on Sourceforge. They are still available on our main server and on all mirrors.

Ray Donnelly is a co-founder and developer of MSYS2 and after a multi year fight with cancer passed away on 2021-04-20. 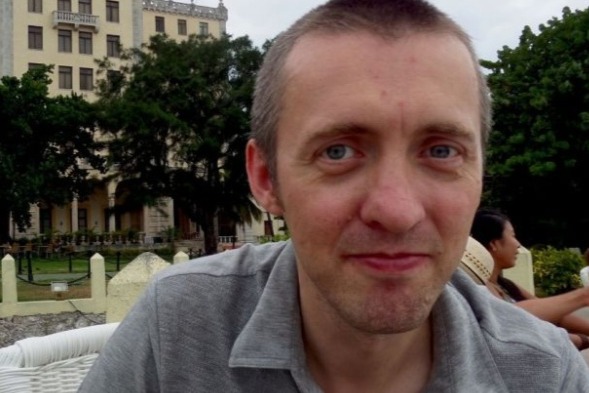 If you want to know more about his life and work see his fundraiser descriptions:

He was always helpful, knowledgeable, and friendly, and he will be greatly missed.

The repo contained a broken msys2-launcher package for a few hours today causing things like "msys2.exe" to just show an error dialog. You can get back to a working setup this way:

We have moved repo.msys2.org (and package.msys2.org) to a new server. There was a short downtime, but everything should be running great now. Big thanks to jsdelivr.com for sponsoring the new server.

New mirrorlists for Pacman will be published soon. After you get them, your package installs and updates should be faster than before and without the 404s and glitches.

With the migration, Christoph (@lazka) will now be updating and signing the Pacman databases more often. This should go smoothly as the GPG keys are already in place and the process has been tested on the new server before it went live.

By the way, the redirect domain msys2.org (no www.) should work more reliably now and HTTPS is now available for it.

About 5 months ago we started backporting patches to our binutils 2.35 to allow enabling ASLR support via various flags. We also enabled these flags in our build system, so any package in our repo that was updated in the last 5 months has ASLR support enabled.

We've now updated to 2.36 which has ASLR enabled by default. Ideally you shouldn't notice any changes, but in case this leads to problems all of it can be disabled/reverted via linker flags:

Note that this is only a temporary workaround and some of these flags will not be available forever, so you should either fix your code or file a bug in case you suspect a toolchain issue.

Thanks to the binutils developers for improving/fixing ASLR support and to everyone helping on the MSYS2 side of things, especially Jeremy Drake for backporting, upstreaming and fixing bugs exposed by these changes.

Given it's been months since we began the switch to Zstd for compressing packages, we've now started using it for core packages as well. This means older installations without Zstd support won't be able to cleanly upgrade anymore.

@dmn-star compiled these commands that should update an older installation to support Zstd and unblock futher upgrades:

Due to limited space on the new server and SourceForge file hosting, we are starting to remove older unused packages from the archives. There should still be a 1 year's worth of packages available for downgrades. Mirrors are free to choose whether they want to keep everything or follow the lead.

From Friday 2nd to Wednesday 10th, the main hosting at repo.msys2.org was down. The server unfortunately completely died and the hosting had to be moved elsewhere. We thank Diablo-D3 for having provided the hardware and hosting. If you notice anything wrong with repo.msys2.org since the move, please tell us.

Alexey is stepping down from his role as the main packager and two new packagers have been appointed in his place:

You can see the keys in full without relying on keyservers in the msys2-keyring GitHub repository.

We have released a new msys2-keyring package from that source (and a new installer that includes them) and we are waiting for a bit before uploading new databases and packages to give people time to update. If you don't update the keyring in time, you'll see something like this:

We have prepared the following steps to verify and install the new keyring manually after which you should be able to use pacman -Syu again:

If you can't even import the key and the above command fails like this:

... you have to convince pacman to not care about those databases for a while, for example like this:

If you still see signature errors, resetting your pacman key store might help:

Following a similar change in Arch Linux, the base group was replaced with a base metapackage. If you installed your MSYS2 using an installer older than 2020-06-02, please run pacman -S base to get up to date.

In case your update process errors out with something similar to

This issue is caused by a pacman version that is too old and can't handle newer packages compressed with zstd. In case you are seeing this problem in CI consider using a newer base which contains a newer pacman which supports zstd: https://github.com/msys2/msys2-installer/releases

MSYS2 programs will fail to start if programs started before the update are still running in the background (especially sshd, dirmngr, gpg-agent, bash, pacman and mintty). You can stop them by running the following in a Windows terminal:

If that fails, try a reboot.

We've improved our update process so this shouldn't happen again with future updates.

For a while, the core packages were prematurely packaged using zstd without giving users time to update to zstd-enabled pacman first. This should be resolved now.

32-bit mingw-w64 packages are still supported, this is about the POSIX emulation layer, i.e. the runtime, Bash, MinTTY...

After this date, we don't plan on building updated msys-i686 packages nor releasing i686 installers anymore. This is due to increasingly frustrating difficulties with limited 32-bit address space, high penetration of 64-bit systems and Cygwin (our upstream) starting their way to drop 32-bit support as well.

Pacman may say this when updating:

2016 - Command window may linger after startup

Change the argument /K to /C in all three Start menu shortcuts.